Home › TOEFL Speaking › The Structure of Each TOEFL Integrated Speaking Task
By David Recine on October 4, 2016 , UPDATED ON December 10, 2020, in TOEFL Speaking 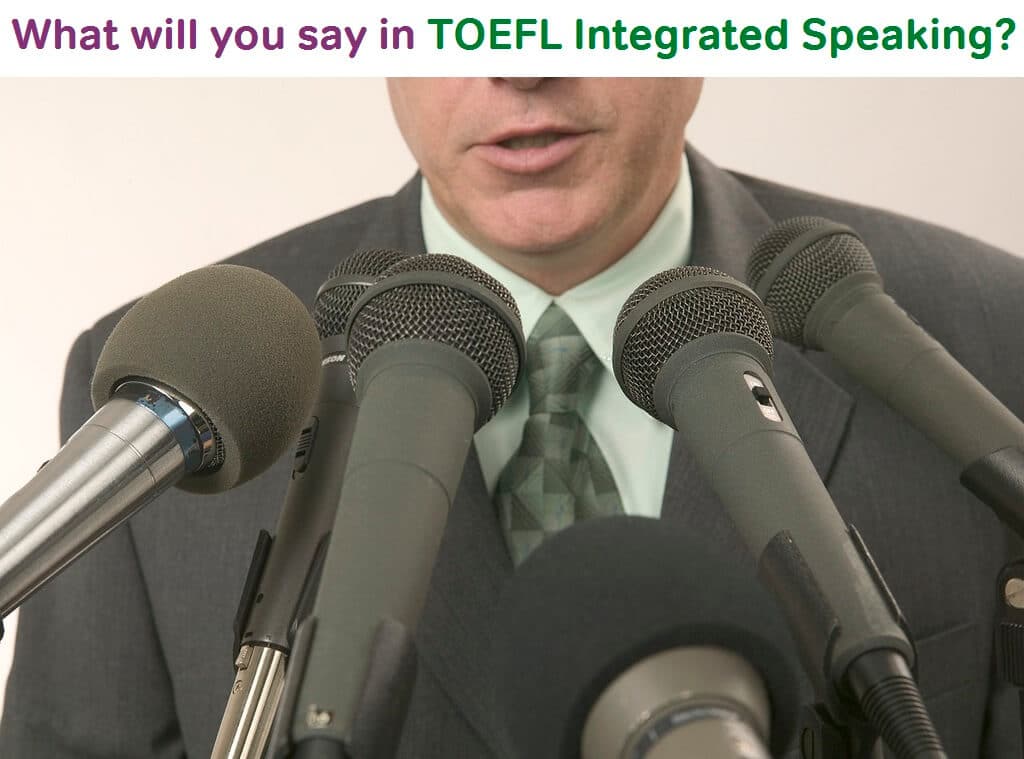 The Most Important Information in TOEFL Integrated Speaking Task 2

The Most Important Information in TOEFL Integrated Speaking Task 3

Instead, you need to focus on the examples of the passage concept that come from the lecture, not the passage itself. You can know this because the instructions for Task 3 tell you to explain the academic concept “using points from the lecture.” Fortunately, the audio track is as simple as the reading. Like the passage, the lecture will always have just two examples that illustrate the concept from the passage.

The Most Important Information in TOEFL Integrated Speaking Task 4

Task 4 is possibly the simplest of the tasks, in terms of structure. Basically, Task 4 follows the same one-concept/two examples pattern as Task 3. But it does so with audio only — you don’t need to worry about both a passage and lecture. The lecturer names and defines an academic concept, and then gives either two examples of the concept or two supporting details about the concept. The main idea and its two supporting ideas are what you listen for and summarize.

Know these structures and you’ll always know exactly which details to listen for as well as exactly which ideas to include in your spoken response. Once you learn the basic pattern for each TOEFL Integrated Speaking prompt, these tasks are not as complicated as they first appear.

3 Responses to The Structure of Each TOEFL Integrated Speaking Task