Thankfully, learning English grammar doesn’t need to feel like a chore, and it’s actually much simpler than most people realize. That’s why we’ve devised this useful grammar guide on how to learn English grammar in 5 easy steps!

The great thing about learning English grammar is that you don’t have to start with the most complex rules (in fact, you shouldn’t). After all, you’ll need to learn to walk before you can run!

So, let’s look at some basic grammar rules to get you started on your language-learning journey:

Step 1: Learn the Parts of Speech

There are 8 basic parts of speech that you will need to know:

Below, you will find examples of some common words in the English language, divided into their respective parts of speech:

Though there are many different types of pronouns, there are a few types that are very important for English beginners: Personal, Demonstrative, and Possessive Pronouns. Here are a few examples of each: 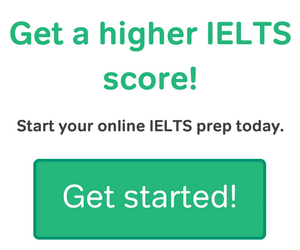 Much like nouns, verbs can be subdivided into two important categories: stative verbs and active verbs. Stative verbs are used to describe the state of being, appearance, or other characteristics of the subject (the flower smells nice, he is from England, she understands the question). Alternatively, active verbs describe actions or occurrences (she is studying English, we’re having lunch, they’re looking for books). Additionally, while active verbs can be used in the continuous tense, stative verbs cannot.

Many adjectives can be identified by their prefixes and/or suffixes. These prefixes and suffixes can help language learners extract meaning.

A few examples include prefixes that all signify opposition or “not,” like unlikely, impossible, irreverent, illogical, non-participant, and disloyal. Similarly, there are a few suffixes that signify certain meanings, like colorful (“full of”), homeless (“without”), countable (“can be”).

An “article” is an important kind of adjective that acts differently than other adjectives. Articles always come before the noun that they modify. There are only 3 articles in the English language:

Many adverbs end in -ly, though this is not always the case. Some words that end in -ly are not adverbs, and some adverbs have a different ending entirely. Here are a few of the most common adverbs:

Conjunctions are generally used to complete a list or connect separate clauses. Here are a few examples:

Interjections are exclamations that express a certain feeling or sentiment without the need for a verb. While they are important to learn, interjections are generally reserved for informal/casual English. Here are a few examples:

While there are some exceptions (like interjections), the majority of English sentences must have a subject and a verb. The subject is a noun that is doing the acting. The verb is the action that the noun is doing. Here are a few examples to illustrate the subject-verb rule:

Without a subject AND a verb, none of these sentences would make sense. In fact, they wouldn’t be sentences at all!

Figuring out the word order is easy enough when a sentence only has a subject and a verb, but it gets more complicated when you start adding more words. The standard word order in English is: Subject + Verb + Object. An object is the thing that is being acted upon by the subject. Here are a few examples of basic subject/verb/object sentences:

Let’s keep adding more words to test it out!

In the examples above, we’ve added an adjective and an adverb to each sentence. Generally, adjectives come after the article and before the noun they are describing, though there are many exceptions.

In order to understand and form more complex sentences, you will need to learn about English clauses. A clause is a phrase that forms a complete thought using a subject and a verb. Every sentence must include at least one clause.

There are two types of clauses that you’ll need to know in order to form more complex sentences: Independent Clauses (or Main Clauses) and Subordinate Clauses. Here are a few examples of each:

Clauses help organize the words in a sentence into separate sections, each with their own role within the sentence. Once you understand how each phrase or clause functions in a sentence, you can begin to understand why words are arranged in a particular order.

Now there’s only one step left to help you learn English grammar!

A tense expresses the time in which a sentence takes place. Verb tenses change the form a verb takes in every sentence.

There are three basic tenses in English: Past, Present, and Future. Each tense has 4 subcategories: Simple, Continuous, Perfect, and Perfect Continuous.

Before we take a look at each of the 12 English tenses, it is important to note that the active and passive voice can also affect the form that a verb takes.

The past tense is important for telling stories or recounting events that occurred in the past. Here are some basic examples:

The future tense is used to talk about things that have not happened yet, but will likely happen in the future. Here are a few basic examples:

There you have it! While this guide does not cover every grammar rule on the books, it should provide you with enough to understand the basics of English grammar.

For more advanced grammar rules, you can also check out our articles on conditionals, the subjunctive mood, and phrasal verbs.

In any case, we hope this guide helps you improve your English grammar and feel more comfortable speaking English with others! Do you still have some grammar questions? Here are a few additional resources to help you with your daily grammar studies: 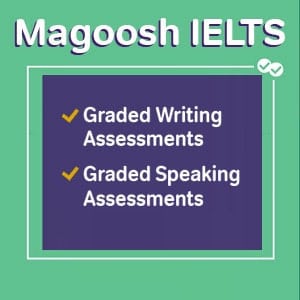