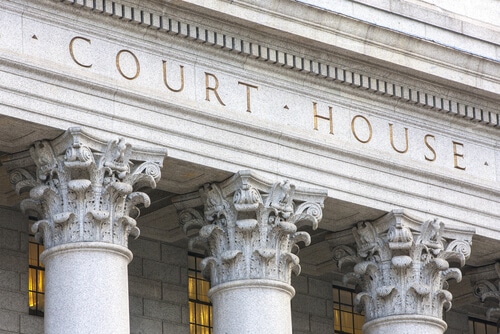 YES…even though it may seem like Ivy League graduates have all of the federal clerkships locked up, you definitely have a shot at securing a clerkship, regardless of your alma mater.

A federal clerkship is one of the most sought after resume builders for law school graduates, and getting one can be quite a challenge. Each federal district judge can hire up to three clerks, and each circuit court judge can hire up to five. Generally, these clerkships are filled by recent law school graduates for one- or two-year terms. (For more information about what law clerks do, check out the Online System for Clerkship Application and Review (OSCAR).

While it is true that top-tier law schools such as Yale, Harvard, and Stanford place the highest percentage of their graduates in clerkships, many graduates from lower-tiered law schools also secure clerkships. Here are some tips for how to do so

Get your clerkship application to the top of the pile

When I was a clerk sifting through clerkship applications, we had a pile of hundreds of applications strewn across a table in the library. A student’s best chance of getting hired is often as simple as getting his or her application to the top of the pile. One of the most effective ways to do this is to reach out to judges, clerks, and former clerks that have graduated from your law school. Practicing attorneys are often very enthusiastic about placing graduates from their law schools into federal clerkships, and they will have the connections to help you meet the right people if they are willing to make a phone call on your behalf.

Consider a clerkship in unpopular destinations or lesser-known courts

When applying for clerkships, many applicants only think about federal district and circuit courts, but there are lots of other less competitive courts that offer valuable clerkships. Consider applying to federal magistrate judges, immigration courts, tax courts, bankruptcy courts, and higher state courts. These clerkships will give you just as much experience as district court clerkships and may give you the connections needed to get a district court clerkship (or other jobs) afterwards.

You should also consider applying to as many locations as possible, just like you should apply to multiple law schools. Large cities are home to the most highly sought after clerkships, but there are federal courts all across the country. Judges in areas that seem less desirable receive far fewer applications, so your chances of getting hired are better. Even though Laredo, Texas may not be your desired location, it is worth spending a couple of years there in order to get a clerkship on your resume.

Carey has an undergraduate degree from the University of Houston and a law degree from Harvard Law School. She scored in the 99.9th percentile on the LSAT and has been helping students succeed in their LSAT prep for the past 8 years. In addition to teaching the LSAT, Carey has held jobs as a Harvard economics instructor, a big-firm lawyer, a realtor, and a federal judicial clerk. However, her current lofty goal is mastering the NYT crossword puzzle.
Previous
Next