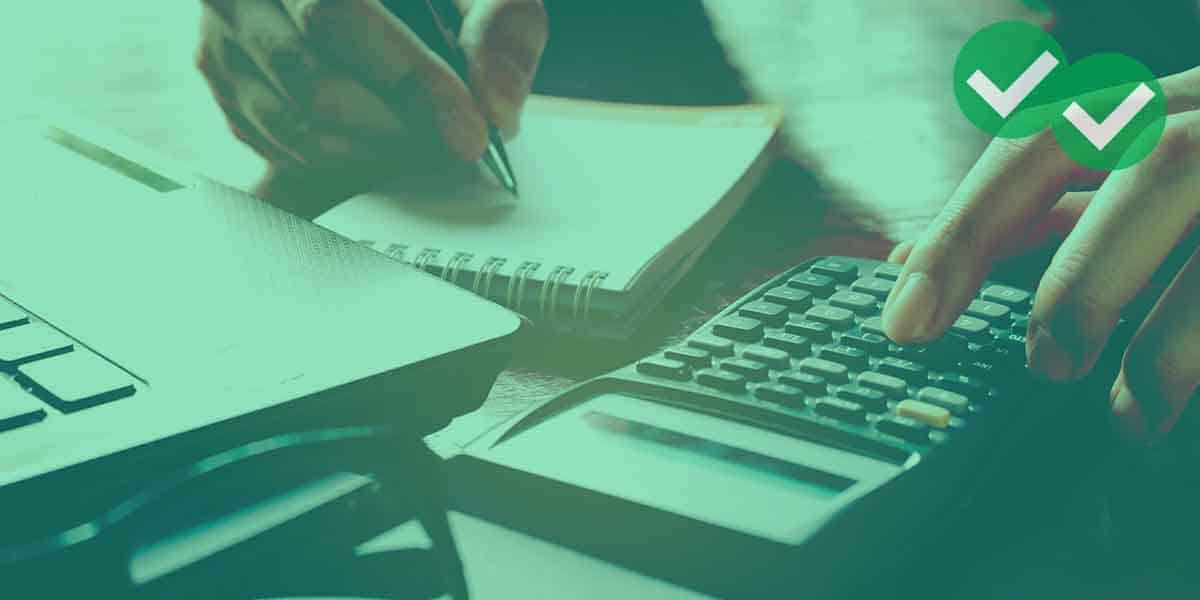 First of all, there are ten digit buttons, four buttons for the four fundamental arithmetic operators (add, subtract, multiply, divide), a plus-or-minus button, decimal, and an equal sign.  I am assuming that these are self-explanatory, as they appear in virtually all calculators.    BTW, the display in this picture is the Golden Ratio, Mike’s favorite number.

Those buttons are probably self-explanatory, but I’ll go through them just for clarity. The top button, the √ button, takes the positive square-root of whatever number is currently on the display.  If you type 169 and then hit the √ button, a 13 will appear on your screen, because 13 is the square-root of 169.

The second button down, the % button, is a bit unintuitive and, arguably, inane.  Suppose you something originally costs $130, and then increases by 15%: what is the final price?  In the calculator, you would type:

And that will produce the correct answer: $149.50.  Of course, I would far prefer, rather than relying on this button, that you learn how to perform percentage increases and decreases using multipliers.   Using that method, in order to create a 15% increase, we would multiply the multiplier 1.15 by the original number (130).

On the left side, there are four buttons of the form M-something.  These are the memory buttons (the “M” is for memory).  These buttons can be extraordinarily helpful in a complicated, multi-step calculation.  They allow to store and later access one number, while you are calculating something else.

The third button down, MS, memory store, stores whatever is currently the visible entry on the calculator into the memory.  If something else was previously in the memory, the calculator erases that previous memory and stores the current entry in its place.

The fourth button, M+, memory addition, adds the current entry to whatever it currently stored in memory, and what is now in memory as the result of hitting that button is the sum (notice: the original number has been erased; only the sum is in memory).  Thus, if I type 17 then hit MS, storing 17 to memory, then clear the entry, type 24, then M+, what is now in memory is 41 (the sum of 17 and 24).  This button can be very useful if you are adding up a list and each entry on the list involves a multi-step calculation.  If the memory is empty, hitting this button is equivalent to hitting the MS button.

The second button, MR, memory recall, “recalls” the memory, that is to say: whatever the current value stored in memory is displayed as the entry on the screen.  This button is how you “get” whatever is stored in memory, in order to use that number in a further calculation.

The top button of this sequence, MC, memory clear,  clears whatever is in memory.  It erases the current value in memory resets the memory to empty.  I highly recommend, if you use the memory buttons at all, hit this button at the beginning of each new problem.  The last thing you want is to have some number stored from Problem 4, and then in the course of, say, Problem 6, accidentally hit M+, thereby adding unrelated numbers from two different problems!

This could be the most confusing set, if you are seeing these for the first time.  These three buttons all have to do with managing the information displayed on the screen.  First of all, here are the abbreviations: BS = backspace.  CE = clear entry.  CA = clear all.  (On the real GMAT, the “BS” button actually said the word “backspace”, not just the abbreviation “BS.”)  Now, exactly what do these do?

The backspace button is very much like the backspace on a full keyboard.  If you type 147 and then realize you mean 137, you could hit BS twice, to erase the two right-most digits, and then type the 3 and the 7 you intended.

Before I explain the different between CE and CA, it’s important to understand how this calculator thinks.  Suppose I want to calculate

Now, suppose in that process, you type 1957 correctly, hit the multiplication button, and then start typing, but you realize it’s wrong: either you miscopied the number, or perhaps you misread the question and realize you actually should be multiplying a completely different number.  You can use the BS button to make a small adjustment, but if you just want to get rid of entire second factor and start that part from scratch, you could hit CE, clear entry.  The clears the current entry, but keeps the underlying process (1957 times something) intact.  That’s very useful if you are in the midst of a long calculation and just want to make a change to the current entry.

By contrast, if you want to clear everything, not only the visible entry but any processes about which the calculator may be thinking, use CA, clear all.  That not only restores the entry to clear, but also guarantees that the calculator is not thinking about something else.

I highly recommend: every time you are done, every time you want to make a fresh start, hit the CA button.  There’s never a problem with hitting the CA too many times, and it’s an excellent way to guarantee that the entry is restored to its pristine start state, with no hidden calculations looming in the calculator.

This calculator does not understand order of operations, PEMDAS.  First of all, it has absolutely no parenthesis or exponents.  Second, suppose we want:

On an ordinary calculator, I could just type in that order, and the calculator would understand.  This IR calculator does not do order of operations: rather, it just calculates uninterrupted from left to right.  Thus, I type 1350, then multiply, then 8, then +, and sure enough, I get the product of the first two terms, 10800.  Now, here’s where the trouble starts — next I type 1050, and when I hit the next operator, multiply, the calculator simply adds 1050 to 10800, to get 11850.  In other words, it just does each next operation, reading from left to right, in total disregard of the order of operations.

I hope you found this tour of the calculator helpful, but ironically, my most important tip is: make it your goal to use the calculator as little as possible.  Use mental math and estimation to breeze through question rather than waste time using the calculator.