With the AP Calculus BC exam right around the corner, now’s the time to gear up your preparations. Hopefully you’ve started studying already. And if not, then what are you waiting for? Either way, I hope this Calculus BC cram sheet could be just the right way for you to review for the test. 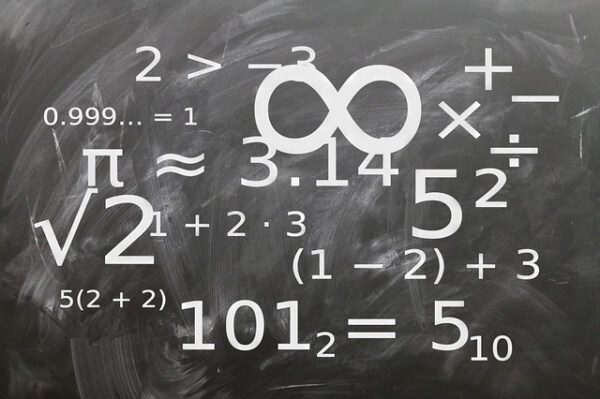 The AP Calculus BC exam is a standardized test lasting 3 hours and 15 minutes. If you’re planning to take the BC test, then you have to put in a lot of time studying and prepping.

A high score (4-5) may qualify you for college credit or equivalency for two full semesters of calculus.

Format of the Exam Click here to learn more about the format of the exam: What is the Format of the AP Calculus BC Test?.

What’s on the Exam?

There are four Big Ideas that comprise the material on the test.

Check out What Topics are on the AP Calculus BC Exam?.

Basically, the AP Calculus BC exam covers everything that the AB exam covers, and then some. So it may be helpful to review this AP Calculus AB Cram Sheet first.

In what follows, we will highlight a few of the definitions, properties, theorems, and formulas you’ll need for the test, focusing on those items that are specific to Calculus BC.

The best way to study for any AP exam is to review over a period of many weeks or months. Unfortunately, you probably won’t do well if your study plan consists of an all-night
cram session on the night before the test. Coffee won’t be enough to save you. Make sure your studying is spread out over at least a month. Photo by Dean+Barb.

So don’t think of this Calculus BC cram sheet as a substitute for weeks and weeks of hard work. Instead, think of it as a concise summary to help you review.

The AB and BC tests both cover the same topics as far as limits and continuity.

So because this Calculus BC cram sheet is focusing on just the BC material, let’s move on to the other Big Ideas. Limits and Continuity help in analyzing the behavior of graphs. This graph has discontinuities at x = -3.5, -1, and 3.

Big Idea 2. Derivatives and Their Applications

Here again, the AB and BC tests cover a lot of the same ground. However, the BC test does go beyond the AB in the inclusion of vector-valued, parametric, and polar functions and their derivatives as well as Euler’s method for estimating solutions to differential equations.

On the AP Calculus BC test, vector and parametric functions are essential the same thing. They are both defined by a single input variable (or parameter) t, and multiple outputs, x and y.

A parametric function looks like a list of two functions: x = f(t) and y = g(t). Another term for this is a set of parametric equations.

In either case, the values of the function are pairs (x, y) defined by plugging in t-values to f(t) and g(t). Vector and parametric functions are both examples of multivariable functions. Check out this AP Calculus Review: Multivariables for more information.

You should know how to find the first and second derivatives and what their interpretations are.

Recall, the speed of a particle is found by taking the length, or magnitude, of the velocity.

The slope of a parametric curve is given by:

A polar function r = f(θ) defines a curve by how far away from the origin (r) each point is at any given angle (θ). There are conversion formulas that may help to transform an equation written in terms of x and y (Cartesian coordinates) into a polar equation, and vice versa.

If you need to know the slope of a polar curve r = f(θ), then use the following polar derivative formula.

Suppose you have an initial value problem of the following form.

Then, with any chosen small step size h, you may approximate the solution using the following procedure algorithm:

Big Idea 3. Integrals and Their Applications

Certain applications of integration not typically found on the AB exam will also show up, including:

If a vector function v(t) represents the velocity of a particle, then its indefinite integral provides the position function.

The total distance covered by a particle whose vector function is (x(t), y(t)) is exactly the same as the arc length, which we’ll talk about next.

Arc length measures the distance along the curve between two specified points.

To find the area enclosed by a polar function r = f(θ) between two specified angles, use the following formula.

The logistic growth model is defined by a certain differential equation,

Here, k and a are supposed to be constants. You can find a nice description of the logistics equation as well as information about how to work with it here.

Last but not least, the AP Calculus BC exam includes topics on sequences and series. In this Calculus BC cram sheet, I’ll provide just a few concepts and formulas that you should be aware of.

A function may be represented by a Taylor series centered at x = c.

A Maclaurin series is simply a Taylor series centered at x = 0.

It’s very useful to have memorized the Maclaurin series for some common functions.

The Taylor and Maclaurin series are examples of power series.

Make sure you know how to find the radius and interval of convergence for a given power series. Often, the easiest method to use is the root or ratio test.

The Lagrange error bound is useful for quantifying how accurately a Taylor polynomial approximates the function. Check out this video for more details. The Maclaurin series for sin x approximates the function better and better as more terms are included.

Keep in mind, this Calculus BC cram sheet should only serve as a review checklist for you, not as a primary studying resource. This is Steve. Steve is a snail. Steve is ready for the AP Calculus BC exam because he paced his studying over a few months. Be like Steve!