By Peter Poer on November 20, 2019 in DEIB, Magoosh Philosophy

Here’s how we’ve approached equal pay through salary transparency, and how you can too.

What would happen if all salaries at your company became public today — everyone found out what everyone else was paid? Would an employee be upset to learn that they were being paid less than their peers of equal experience? Would one team be shocked at how much higher other teams were being paid? Would manager biases become immediately apparent? Would it fuel feelings of jealousy or of fairness?

If that happened at Magoosh today, my guess is most people would simply shrug and say “Yeah, that sounds about right,” and carry on with their day. And that’s because, without exception, any two people at Magoosh at the same job level in the same role are paid equally.

Employee salaries and benefits are the largest expense, by far, for most tech companies. And yet, most don’t talk about, much less share, how much people are paid. Not only is that a shame, it’s a short-sighted stance and a missed opportunity to improve hiring practices and employee retention.

Sadly, tech companies aren’t alone in the struggle for pay equity. Five years ago, Beyoncé famously spoke out on the myth of gender equality, noting that “Equality will be achieved when men and women are granted equal pay and equal respect.” A Forbes piece on the rampant nature of gender pay gaps across a number of industries cites that, in the past few years, the 10 top-paid actresses in Hollywood earned anywhere from 24 to 35 cents on the dollar compared to their male counterparts. On Netflix drama The Crown, even the Queen herself, played by actress Claire Foy, found out she was being paid less than her co-star Matt Smith, who played Prince Phillip. The reality is even more sobering for the pay gaps faced by women of color.

A 2017 paper on the Hollywood wage gap from economists at Lancaster University suggested salary transparency could help reverse this phenomenon, noting that “making contracts not blinded in the film industry and thus providing social information about what other co-stars earn can reduce the negotiation gap and therefore the residual wage gap.” Ethical clothing brand Nisolo recently began publicly disclosing the lowest wages in its supply chain as a means of encouraging other fashion manufacturers to commit to ensuring that all workers are paid at least a living wage. This summer, museum workers banded together to create a public spreadsheet of salaries across museum positions, to expose the rampant pay disparities in the art world. The initiative, led by Art + Museum Transparency, went on to write an opinion piece calling for salary and benefits to be included in all culture sector job descriptions.

So, fellow tech workers, what’s our excuse? Why are we still behind the times in treating salaries as a shameful secret or a game to be hacked by the most privileged of us?

It doesn’t have to be this way. You can be a fun, profitable tech company with transparent and fair salary practices, all in the same breath. We know this because Magoosh is living proof, ten years since our founding, that transparency is good for business. Here’s what we’ve learned from including salaries in our each of job descriptions: My guess is that most startups don’t make salaries for their open positions public for a simple reason: they don’t know what the salary ranges are. Managers have identified a need on their team, and they want to find someone to fill that need. They likely haven’t figured out exactly how much filling that need is going to cost. Unfortunately, this means they don’t know who they’re actually looking for.

Publishing salary ranges in your job descriptions forces you to figure out what problem or opportunity you’re solving for by hiring, and how much you think it will cost to find someone who can do it. This planning prevents you from pursuing under- or over-qualified candidates, and helps you hone in on exactly the right people for your role.

This planning also saves you money. When you’re clear on the level and role you need to fill, you prevent yourself from 1) spending too much hiring someone “great” who is overqualified for the job you need and who will likely become disengaged and quit because there isn’t enough exciting work for them to take on, or 2) spending too little hiring someone “good enough” who is unable to grow into the role long-term and will need to be replaced. Getting the right person in the role now saves you money in the long-term.

This planning is critical, but often not a step that happens at fast-growing startups where things are moving quickly. By putting salaries in your job descriptions, you force hiring managers to think critically about their needs, and to budget accordingly.

Transparent salaries save you and your candidates from wasted time 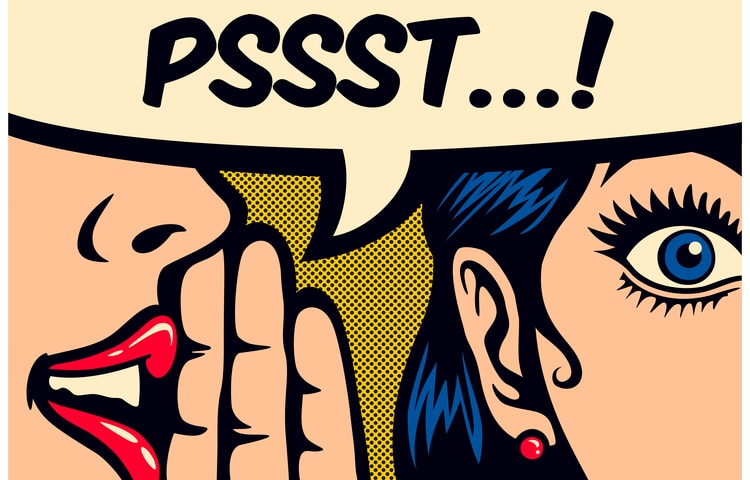 A few weeks ago, I received an outreach email from a recruiter at another ed-tech startup. I took the call and spent about 35 minutes on the phone with a recruiter. At the very end of the call, they shared the salary range. As it turns out, it was substantially lower than what I currently make at Magoosh (shout out to our compensation!), and if I were seriously considering the opportunity, this would have been a waste of both my and the recruiter’s time. If the initial job description had included salary information, I could have self-selected out of the process and saved us both the time.

(Side note: I don’t have plans to leave Magoosh, but it’s good to know what’s out there! And since the recruiting function at Magoosh is on my team, I like to understand how other companies approach outreach.)

I’m not alone in wanting salary details in job descriptions. According to a study LinkedIn published on what candidates want to hear from recruiters, 72% said they wanted to learn about salary range in the initial conversation. That’s more than the percent who wanted to hear about job title, company culture, or mission (54%, 40%, and 27%, respectively).

By keeping salaries secret, you will lose out on experienced talent who don’t want to waste time going through a hiring process before finding out what the compensation will be. At Magoosh, we put a lot of time and effort into making sure that our salaries are equitable and fair for all employees. We have a no-negotiation policy, and a structured salary framework for every role. Any two people in the same role at the same level are being paid the same amount — equal pay for equal work. Publishing our salary ranges is a natural outcome of that focus on equity.

By keeping salary information secret, you create an information imbalance that favors your company during salary negotiations. But here’s the problem: studies consistently show that women and minorities are less likely to negotiate salary, and less likely to win larger concessions when they do negotiate. This economic benefit to the company is coming at the direct expense of historically marginalized people.

Moreover, unequal salaries will hurt your company. The Kapor Center’s research identified unfairness as the top reason that people of all backgrounds leave tech companies. Saving a few thousand dollars in a salary negotiation isn’t really a win if it later leads to talented individuals leaving your company for competitors who choose to pay them what they’re worth.

While researching other perspectives on salary transparency, I came across a number of surprising (to me) rebuttals from hiring managers and recruiters. To be quite frank, I believe much of what people frame as disadvantages to salary transparency are honestly just excuses to perpetuate terrible hiring practices, and by extension, foster unhealthy company cultures.

One of the most common objections to publishing a salary range is that hiring managers are worried that great overqualified candidates won’t apply. The idea goes that you might be looking for someone who can do X, but if someone truly great comes along who is capable of doing X+Y, you would offer them more money. It’s a really tempting idea, but it’s also totally backwards. Do you need X+Y? If so, then budget and pay for it. If not, then don’t overspend; you’ll end up hiring someone who is overqualified and will likely become disengaged.

Another common objection is that managers don’t want to hire people who are motivated solely by money. In fairness, I, too, don’t want to work with people motivated solely by money. But this is a bit of a straw man. Most people have lots of other motivations, but they also want to be paid what they’re worth — and that’s ok! People with families, dependent parents, or other responsibilities have mouths to feed and little time to waste. Saying that they shouldn’t have information about salary to guide their life decisions is foolhardy.

Then there’s the objection, worth mentioning again, that sharing salary ranges in job descriptions takes away the company’s leverage in a negotiation. And you know what? That’s true. But shifting the inequitable power dynamic between employers and candidates is also a benefit. Being transparent about salary in your job descriptions encourages equity and fairness, and helps those who have historically not been able to advocate for themselves (or have been dismissed as overly assertive or demanding when they do).

Will you take a step towards equal pay? Salary transparency is a great practice to institute in your company, one that can take many forms. Although it can be a robust and (sometimes) complicated process, one of the least burdensome steps you can take is to make the salary ranges for your open positions public in job descriptions. This simple change will reap benefits multiple times over, helping you plan, find qualified candidates, and promote equity within your team. In the long run, this will strengthen your business.

Creating a salary structure, an equity-based performance management framework, and an unbiased compensation review process is a lot of work (I know, because we’ve put these all in place and still have a lot to learn!). But publishing salary ranges in job descriptions takes almost no work at all. It’s a great first step towards building a compensation system that is fair, equitable, and transparent.

At Magoosh, one of our core values is Done is greater than Perfect. You don’t have to have all things pay equity figured out to make salary ranges a consistent presence in your job descriptions. After all, when has Beyoncé ever been wrong?