Home › AP › Computing the Definite Integral of a Polynomial
By Christopher Wirick on December 8, 2016 in AP 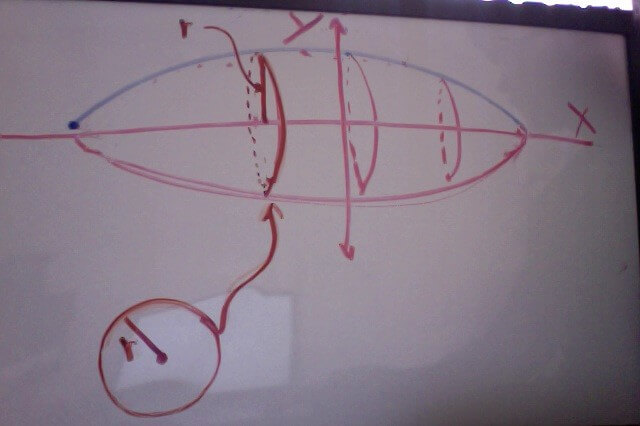 . The definite integral that needs to be evaluated is

,  since this is the area of a circle multiplied by the length of the interval from -6 to 6. We compute:

THEOREM: If v(x) is a continuous function with an antiderivative V(x), then

The FTC says that we can pick any old antiderivative V(x) for v(x), so we need to compute a string of antiderivatives for the integrands of the terms in the sum. In the previous post we discussed but did not state:

The Power Rule: The derivative

We used this to find that the integral

, and since we only need one antiderivative to evaluate definite integrals, we can take  for use in this case.

Therefore we can evaluate (using the fact that

Here is a sample of a typical multiple-choice question asking for you to formulate a definite integral based on the same concept discussed above.

Question: A solid is generated by revolving the region enclosed by the function

, and the lines x=2, x=3, y=1 about the x-axis. Which of the following definite integrals gives the volume of the solid? (Hint: Draw a picture)

The idea for this problem is to recognize that this solid is a difference of integrals. Suppose that we had the volume of the function

when bounded by the lines  x = 2, x = 3, and rotated about the x-axis—then we would have the volume of the following solid: 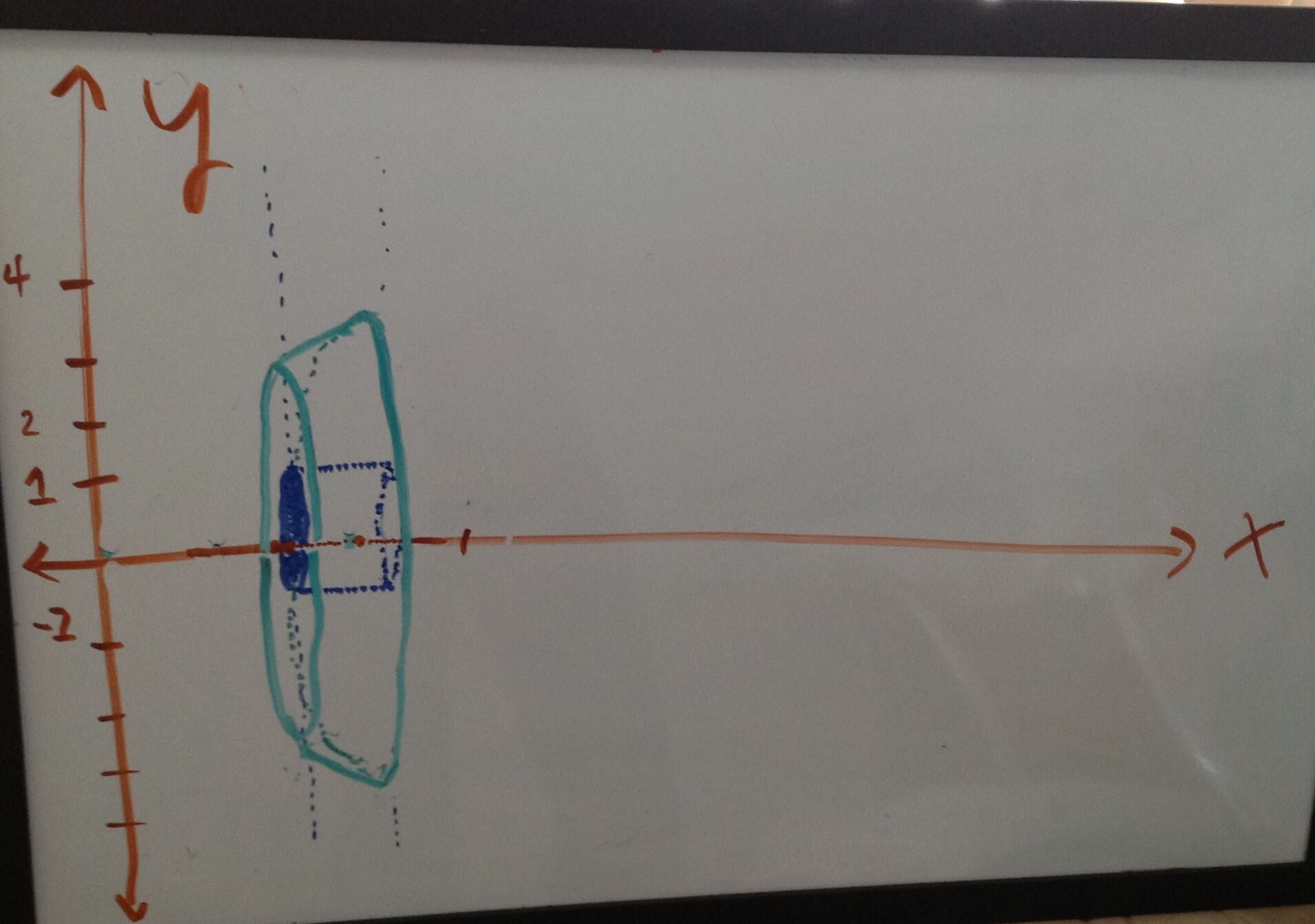 Given this volume, we would only need to subtract the volume of the following figure, derived by rotating y=1 bounded by x=2, x=3, about the x-axis: 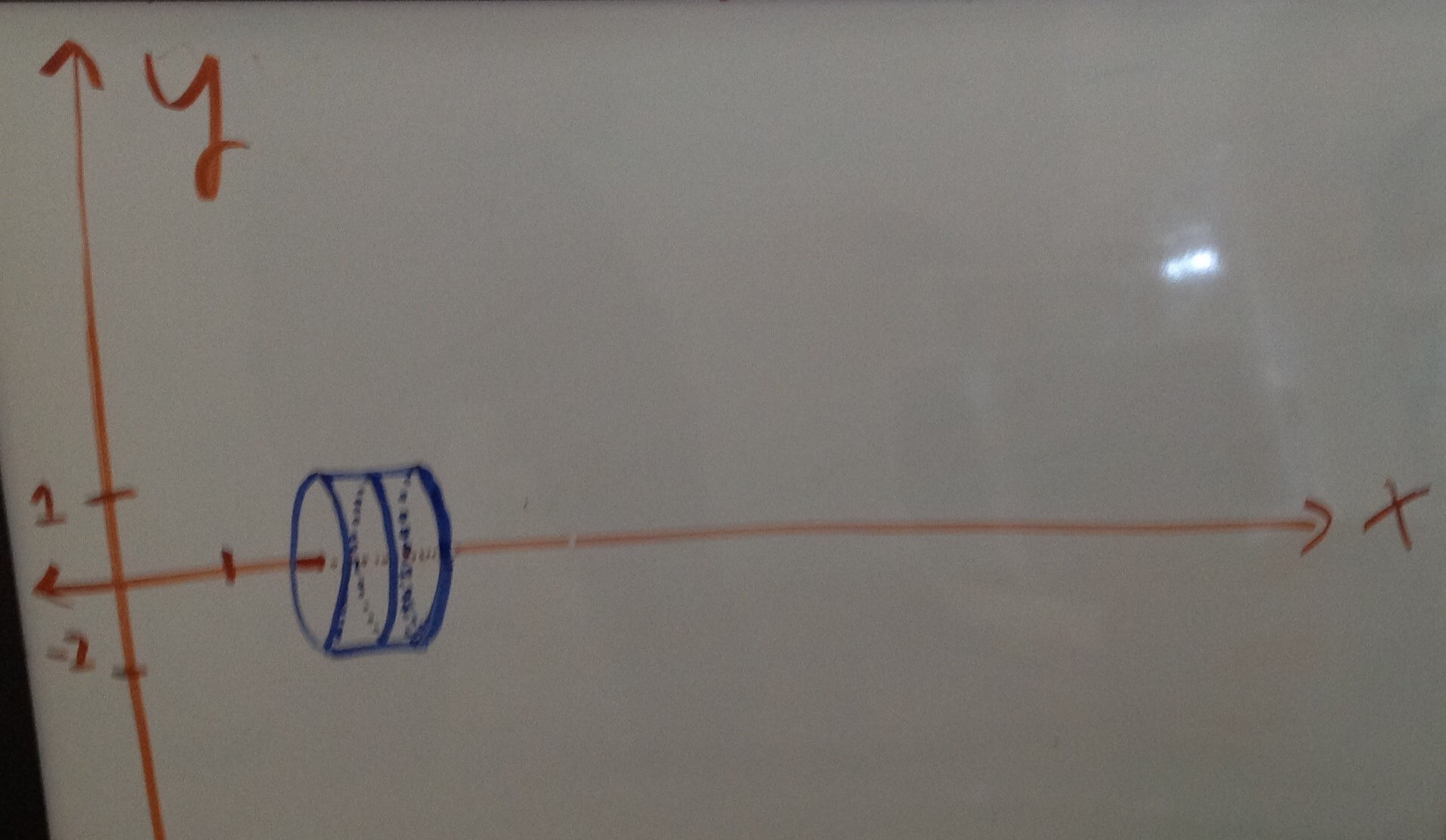 From the upper volume, with radius 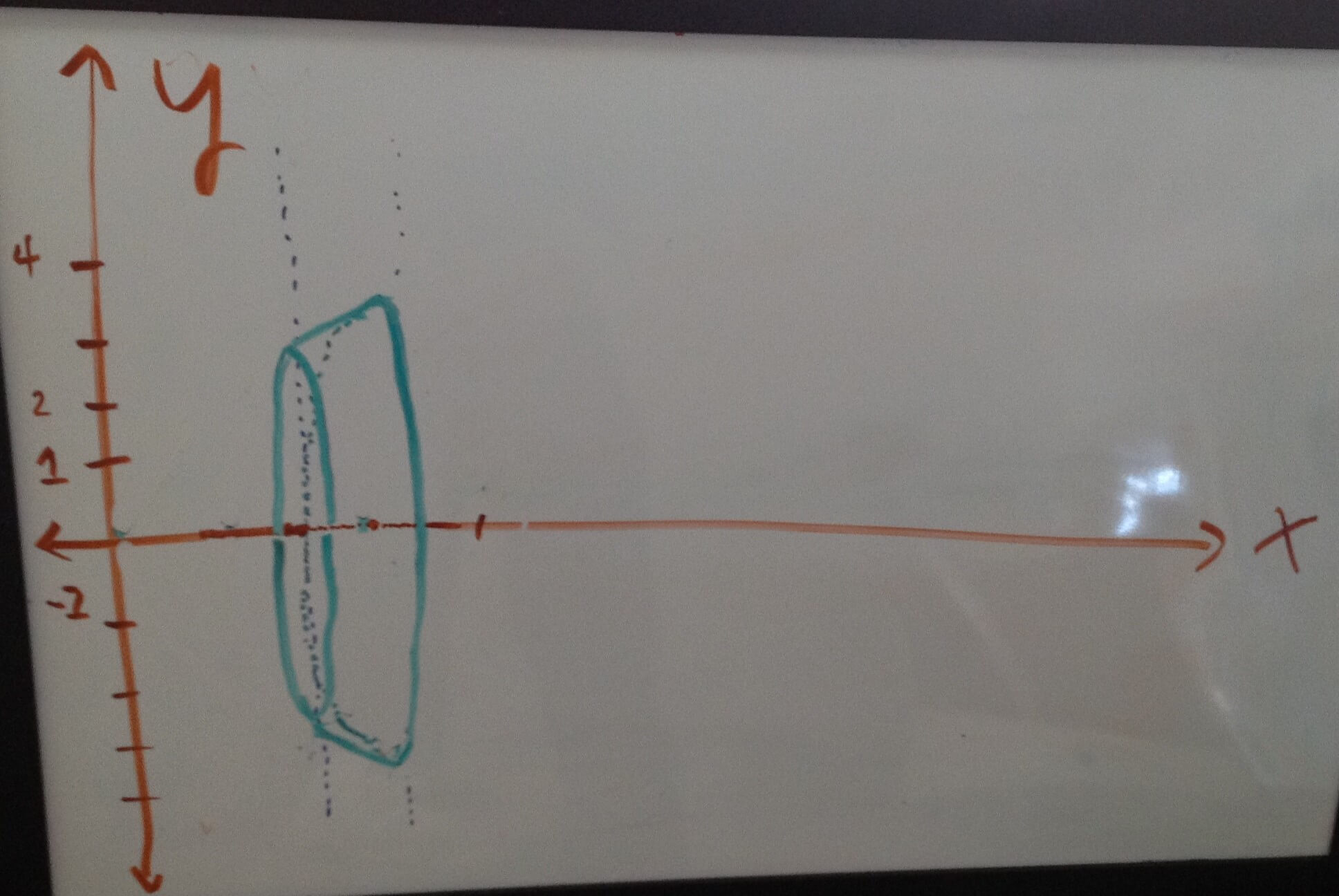 Therefore we need to subtract the two integrals, however using the integral laws we can express this in the form

, which we follow up by substitution of our names for

So the answer is A.
To compute the value of the integral we see that

This has the value

In addition to blogging about AP Calculus, Oakland resident Chris Wirick has played the oboe in Beijing and Berlin, studied math and cognitive science (the other CS) at Cal Berkeley, and can’t stop gardening, cooking and eating new foods.