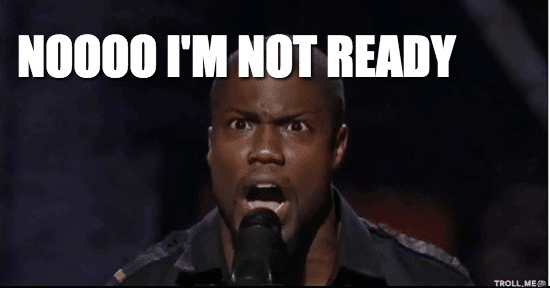 As I’ve come to find so far, there about 5 main ways that set my current classes apart from prior years.

1. Reduced time with the professor

As you might already know, the actual class time in college is significantly less than that of your typical “high school” day. For reference, the biggest in-person time commitment I have to make for any of my classes totals at 5 hours a week. Most of the others only run for one-hour periods twice a week. This has its obvious advantages – no one loves sitting in a stuffy room and being forced to pay attention. But keep in mind that, as a result of the greater space and flexibility in your schedule, you’re going to be expected to work a lot more on your own (homework, test-prep, etc.). It becomes a matter of staying disciplined with your days and checking up on your priorities.

Another point to keep in mind is that less in-class time with your professor will make it substantially harder to form a close connection. Gone are the days of instantly becoming the teacher’s favorite. Not only will there be more students who are just as capable as you are, but there will also just, well, be more students…like in general. After all, lecture halls can be upwards of 200 people.

It becomes important, then, to optimize the opportunities that you have in order to establish a relationship. Office hours are often the best go to. (Can’t think of a reason to talk to your professor? Make something up. Or bring a buddy and just say that you were in the area.) Another huge factor not to be overlooked is in-class participation. Ask enough questions and offer enough insights that they can start recognizing your face, learning your name, and appreciating your contributions.

Yes, I just told you to ask questions. But I also need to warn you that doing so can be surprisingly difficult. This doesn’t exclusively apply to large lecture halls; personally, I can be equally intimidated in my discussion sections of 20. Was I supposed to already know this? Am I going to sound stupid? 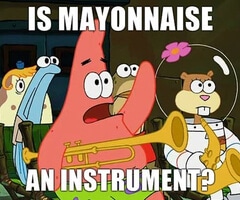 Some professors will be highly encouraging when it comes to voicing any confusion. Many others… well… not so much.

If it’s something more logistical, the very first thing you will always want to do is check the syllabus/website/calendar (wherever your professor posts information). Follow that with some verification with your classmates. Then, if your class has designated TA’s, ask them. In regards to content, though, a lot of it comes down to feeling out the situation. As I said before, questions can be a great way to demonstrate your critical thinking in a subject to a professor – you just need to have the guts. And once you do, TA’s/professors tend to prefer that you approach them in person (after class works fine for some people, but your safest bet is during office hours). Emails tend to be a last resort means of contact, particularly because the response time from professors is nothing like it was in high school (if they even respond at all).

Okay, maybe not all of – but a lot of it is, including the classes themselves. So much is really just left up to your own discretion in college. Do the homework if you need the practice. Go to recitations if you need the clarification. That kind of a thing. (FYI: I’m a strong believer in always attending class… but that’s a topic for another post). Granted, some classes will have homework count for points, but if it does, it’s likely a depressingly small percentage of your final grade. Ultimately, it comes down to picking your moments. There are going to be times when studying for your French test is more important than getting every question right on your Chem problem set. And that’s okay, so long as you understand the pay off.

There aren’t nearly as many cushions to your grade as there “should” be… (aka: as I wish there were). Far more emphasis is placed on tests and essays – which you generally are expected to be working towards for a relatively significant amount of time. This can feel really terrifying at times, but it’s all about doing what you can. The worst thing that you can do for yourself is get freaked out; a surprising number of freshmen will, and they’ll either a) choke or b) study WAY more than they need to (sacrificing sleep, meals, and other homework time).

While in high school, you will be at such an advantage just in practicing a calm state of mind prior to big exams.

The second part to this is that you should treat every percent like it counts. In high school, an A is pretty much an A (it doesn’t really matter whether there’s a minus or a plus to it). In college, though, those tiny differences will shift in your GPA. And the last thing you want is to have barely missed a cut off due to a lacking “participation” or “assignments” grade.

If you thought that there was a wide variety of teaching styles in high school, wait until you get to college. There can be such a polarity in how your section is run compared to your floor mate in the same class – and all of it, ultimately, comes down to your professor. Some will post power point slides, others will use exceptionally faint white board markers (and assume you can figure it out). Some will gear things to be discussion based, others will just ramble on without clear direction. Some love handouts, others expect everything to be printed on your own time (and budget). Some closely follow the book, others require you to purchase it then proceed to never bring it up.

No matter what combination you wind up with, it will take time to figure things out. Instead of trying to always game “what they are looking for,” it’s best to stick with where you know you can be successful. If you have to take your own notes from the textbook, do so. If you need to talk things through with others, be proactive in forming a review group. It’s never too early to start; the more that you can be clued in to your own study strengths, the better you will be able to adapt to each situation.