Although school is out for the summer, and you’re own your way to the beach house or just hoping to relax at home, there’s one pressing question still bugging you: Should I take that AP Calculus class next year?

Hmm, that’s not where I thought you were going to go with that.

Ok, perhaps AP Calculus class is not at the forefront of your mind, but have you at least thought about it? Would AP credits in calculus further you along in your future college path? What about the difficulty of the class and the AP exam at the end?

I hope by the time you’ve read this post, you will have a much clearer picture of what AP Calculus may do for you.

The purpose of studying calculus, put simply, is to… 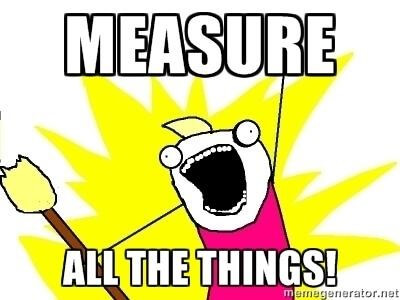 This includes measuring the volume of liquid in a container, the area of complex shapes, or the speed of a particle shooting through the air.

Let’s take this example: Suppose that a fisherman is about to embark on a long voyage. He’s just bought a barrel to store gas in that will power the engine of his fishing boat. The barrel is wider in the middle, and narrower at the top and bottom.

The fisherman isn’t sure about the volume of the barrel, and isn’t able to accurately measure the gas he fills it with. But he must know exactly how much gas he has, so that he does not venture out so far that he doesn’t have enough gas for the return trip. This is one real world problem where calculus can be applied.

Here’s a helpful article to explain the AP program better. What is Advanced Placement? AP Calculus AB vs. BC

AP Calculus comes in two levels, AB and BC. The rule of thumb is that the AB exam covers the equivalent of one semester of calculus (plus a little extra), while the BC exam covers two semesters.

For suggestions about choosing which level is right for you, check out: Should I Take the AP Calculus AB or BC Exam?

With a high enough score on an AP exam, many colleges and universities will offer you credit for course(s) related to the AP subject. However, every school is different, so you have to find out ahead of time what their AP policies are.

Some schools only offer equivalency, which basically permits your to skip a pre-requisite for your major, but doesn’t give you credits for the skipped course.

Here’s a link to another useful resource about AP credits: How Many College Credits will AP Calculus Give You?

How hard are the exams in an AP Calculus class?

If you’re still worried about the difficulty of AP Calculus, I can understand.

AP Calculus class is admittedly very challenging. But this should come as no surprise, as it is basically the same as taking a college calculus course (or two) while still in high school. Yeah, but could Issac Newton pass the AP Calculus BC exam?

Check out the following articles for more details to help you decide which level of AP calculus test might be in your future.

Ok, so I hope this article has addressed a few of your concerns. Let’s recap the pros and cons of taking an AP Calculus class.

Pro: It prepares you for the AP Calculus exams, which could earn you college credits or equivalencies. Also, you’ll suddenly become more popular in school (ok, not really).

Con: The material is very challenging, requiring you to spend a considerable amount of time and energy in order to do well.