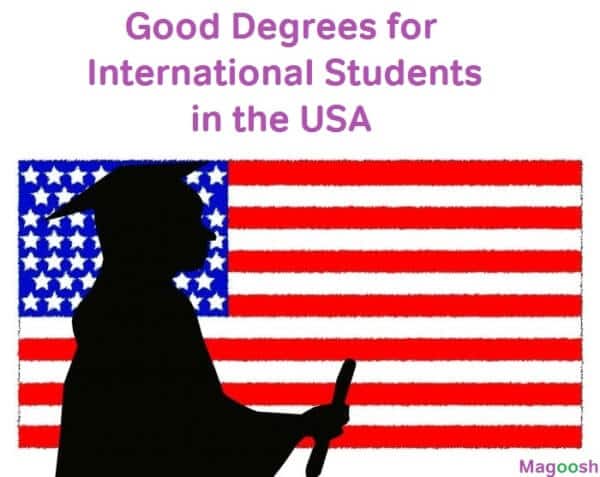 If you’re considering coming to the USA to study, you’ll need to decide what to major in. You’ll have plenty of options to choose from. But a few fields of study may be especially good for you as an international student.

Degrees that are supported by your county’s government

Governments are willing to invest in study abroad programs because they want their citizens to receive valuable training in certain subjects. Saudi Arabia helps its citizens study a variety of subjects in America. Currently, the KSA is especially interested in helping its citizens get degrees in education and business. The Brazilian government focuses much of its study abroad funding on scientific studies at U.S. schools. And South Koreans are most likely to receive state funding for the overseas study of English or education.

So as you consider what you might study in America, certainly investigate local sources of scholarship money. See what kinds of degrees your home government may be willing to fund.

U.S. degrees that are valuable in your home country’s job market

Certain American degrees have an especially good reputation in other countries. East Asian nations tend to really respect education degrees from America. Sub-Saharan African countries– especially South Africa– prize U.S. degrees in social work and other “helping professions.” American MBAs are valued in countries that do a lot of international trade. (This is because the U.S. is seen as a hub for global business.) And U.S. degrees in medicine or science are valued most anywhere in the world.

U.S. degrees that may allow you to stay in the U.S. after you graduate

Many international students return to their home country after studying in the United States. But some students who come here for a degree hope to stay here once they graduate. If you think you could see yourself settling down in America after you finish college, you’ll want a degree that allows you to stay.

I mentioned that science and medical degrees from America are valued in the international job market. They’re also highly valued in the USA itself. When it comes to science, the American job market loves to hire international graduates who have degrees in the STEM (Science, Technology, Engineering and Mathematics) family of science-related studies. International students with degrees in these four fields have a good chance of getting a job offer right out of college. And medical degrees are nearly always a means for a long term stay in the U.S. If  you study medicine here in the states, you’ll almost certainly have the option to practice medicine here too.

One Response to Good Degrees for International Students in the USA