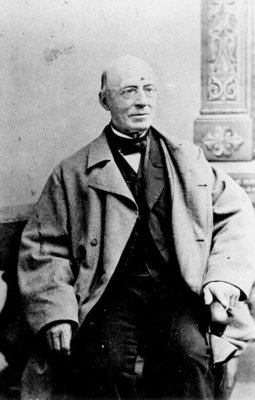 Who Was William Lloyd Garrison?

William Lloyd Garrison was an outspoken abolitionist. He published an anti-slavery newspaper called The Liberator. It called for freedom for all slaves immediately. Additionally, he wanted the North to secede from the Union. Thereby, Northerners could separate themselves from the slave-owning South.

The newspaper’s main audience was freed slaves. However, people from around the world read it. William Lloyd Garrison continued to publish the newspaper until the 13th Amendment passed in Congress.

In addition, he founded the American Anti-Slavery Society. The organization had over 250,000 members and 1,350 chapters throughout America. Members worked to emancipate slaves in America and give them equal rights.

Why Is He Important to Know?

William Lloyd Garrison was the voice of abolitionism. People who were against slavery loved him. But, people who supported slavery hated him. Either way, he worked hard to spread the idea of freedom for all.

The reform William Lloyd Garrison supported was imposed as a result of what?
a. the Emancipation Proclamation
b. the Civil Rights Act of 1818
c. the 14th Amendment
c. the Reconstruction Act

Answer: A. William Lloyd Garrison called for the freedom of all slaves. Therefore, the Emancipation Proclamation helped bring about his cause. Unfortunately, it was years later before all slaves were free.

William Lloyd Garrison worked to:
a. prevent the growth of slavery in the U.S.
b. return former slaves to Africa.
c. outlaw the slave trade.
d. stop slavery right away.

Answer: D. William Lloyd Garrison believed that slavery was a crime against humanity. As a result, he wanted to end it right away. He felt so strongly about it that he wanted the Northern states to secede from the Union.

When the American Anti-Slavery Society divided, those that continued to support William Lloyd Garrison:
a. were mainly former slaves living in the Northern states of America.
b. lived in border states, including Delaware, Kentucky, Maryland, and Missouri.
c. focused solely on slavery and trying to emancipate slaves right away.
d. supported the idea of giving women the right to vote.

Answer: D. Although all members wanted to free the slaves, some also believed in giving women the right to vote. William Lloyd Garrison led the cause. And, those that agreed with him continued to follow his leadership when the organization became divided.

As you study the American Civil War, don’t forget to consider the possible William Lloyd Garrison APUSH questions you may need to answer. Moreover, work to understand how he helped push the cause of freedom forward and give everyone the right to vote.