Home › Uncategorized › Perfect SAT Scores Aren’t The Only Ones Worth Celebrating
By Chris Lele on December 5, 2019 in Uncategorized

I’ve spent every summer of the last 15 years leading groups of bleary-eyed, dubious-faced teenagers on the epic journey that is an SAT boot camp.

With college applications on the horizon, and the number of SAT takers rising, summers can be grueling times of intense study. Recognizing the immense pressure they’re up against, I aim to make my classes a space where students feel supported in learning from their mistakes, and rewarded knowing that lightbulb moments are within their reach.

When it comes to falling prey to narratives around perfection, however, I realize I’ve been dropping the ball, and that I can’t be the only educator guilty of this. 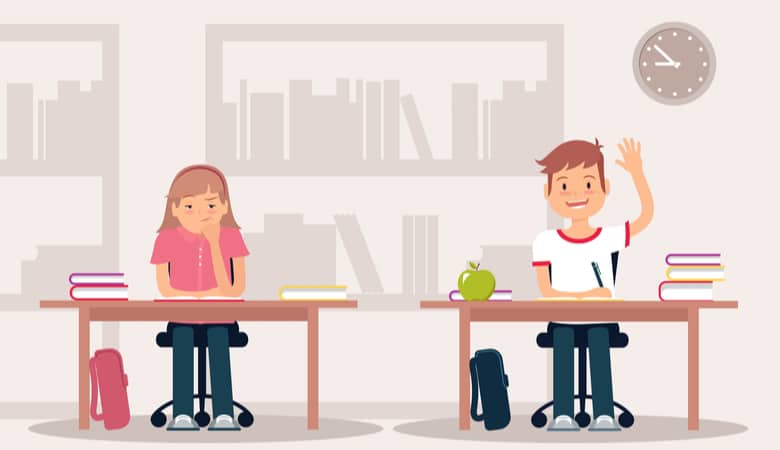 *Alex, one of my recent students, scored a 1600 – a perfect score – on the SAT practice test during my class. I admit to letting loose a fist pump as he saw his score, for what proud educator wouldn’t want to celebrate their student’s success?

And yet, it’s an earlier student of mine, *Zelda, whose story excites me the most. Zelda scored just under 1000 on her first SAT practice test, around the 48th percentile of scores. Most other students in the class were scoring much higher than she was, but she never let that bother her. Whenever we’d review practice problems, while her peers only had a smattering of questions on the material, Zelda would ask me for help understanding nearly every problem. Sometimes a gleam of clarity would flash brightly across her face during these explanations, while other times, she would lower her head out of frustration and stare at her paper in silence.

Six weeks later, at the end of that SAT boot camp, I was proud to see that Zelda had improved her score by nearly 100 points! She returned to my class the following summer, an incoming high school senior, after spending a year practicing SAT questions in her spare time. This time, she rarely asked me to review questions, often just to make sure that she understood every wrinkle and nuance of the material. In fact, she would add useful points to the class discussion that helped her peers demystify a certain problem they were stumped on.

As the summer progressed, her weekly practice test scores consistently improved, and when she took the official SAT test that October, Zelda’s score was over 350 points higher than her first practice test. One year she was scoring smack dab in the middle of the nation’s 2 million yearly SAT test-takers; the next, she was scoring better than over 90% of her peers.

And yet, we as a society seem to reserve our pedestals for Alex and students like him alone. Stories of students getting perfect scores on the SAT and ACT have become more commonplace in newspaper headlines and evening news segments across the country. But where are the headlines for students like Zelda, whose score improvements showcase hard work and academic potential just the same? When did we accept that the only test scores our society should applaud and celebrate are the perfect ones?

By no means am I suggesting that we discourage or shun those students who achieve perfect or high scores on any standardized test. However, it’s time for us to make room for stories beyond perfection, such as these from Florida and Georgia, that also celebrate score improvements. When we reserve our encouragement and praise for perfect-scoring students only, we send a hurtful message to the majority of students – the 81% that score at or below a 1200 – that their work, and perhaps by extension themselves, are not worthy of celebration too.

And in doing so, we’re simply overlooking countless SAT score improvement stories that, if more widely known and celebrated, could provide a much-needed boost to those students like Zelda who have been led to think a sub-1000 SAT score is a death sentence, not a starting point, for their college aspirations.

As a result of this “perfect score” narrative, I worry that we’ve minimized the importance of consistent study, which ultimately plays the largest role in a given student’s final test score. Here at Magoosh, we’ve learned that, unsurprisingly, it’s the students who put in at least 20 to 30 hours of study time that see the best score improvement results.

Furthermore, all of this talk of perfection distracts students, not all of whom are aiming for the Ivy League, from focusing on their “perfect-for-me score,” based on the competitive target scores of their dream school.

But what if we celebrated progress over perfection instead? We must remind students that tests like the SAT do not measure innate intelligence and instill in them a growth mindset that they can (and will!) improve if they put in the work, while, at the same time, dropping the misguided, and ultimately pernicious, trope of the natural-born SAT genius.

We should also push schools to play a more direct role in students’ testing journeys, from offering free retakes of the SAT or ACT during the school day to encouraging students to give themselves a runway for improvement by beginning testing junior year. Research from the National Bureau of Economic Research found that, although only half of students take the SAT more than once, those who do so see not only an increase in scores, on average, but also an increase in four-year college enrollment, particularly for students from underrepresented backgrounds

Shifting the focus around SAT scores from “perfect score” to “score improvement” also opens wider the conversation around college admissions to include the “has potential” students, rather than just repeatedly lauding the “cream of the crop.” No longer is it about the perfect or high score that students feel they have to get or otherwise hang their heads in shame.

Rather, every student should know that, with time and practice, a score improvement is within their grasp, and can feel pride and encouragement (and hear it from others!) each time they hit another score improvement milestone, whether it be 50 points or 150.

It’s time we stop feeding this cutthroat narrative around college admissions, the result of which has become a national obsession over perfect test scores.

As teachers and parents (and the news outlets that include our perspectives), we’re in the driver’s seat of the college conversation, and we thus have an opportunity and an obligation to be more inclusive in our language around student achievement and success.

Focusing instead on progress over perfection will help students, and indeed any of us who talk about the SAT, celebrate the incremental gains that are within the reach of all SAT takers.

*names have been changed to anonymize students.