The Trouble with the TH Sounds

The problem many English learners have when pronouncing the TH sounds is twofold.  We cannot pronounce the TH sounds correctly if one or both of the following is true:

For speakers of some languages, it is also common for the tongue to vibrate just behind the front teeth, creating a /z/ sound instead of the th.

Do you need some tips to correct your pronunciation?   If so, one of the following methods should help you:

Tips for pronouncing (and linking!) the TH sounds correctly:

TIP 1: Try pronouncing the N sound, but with your tongue touching the bottom of your front teeth, and then relax your tongue from that position (allowing air to pass) to create the th sound. Don’t allow for a break between N and TH. This exercise can also be helpful because you will very often have to pronounce the th sounds in combinations like you see below.

Start with the single word and then add the TH word.

TIP 2: Try pronouncing a T sound (but with the tongue just below the front teeth, not behind) and then relax your tongue from that position (allowing air to pass) to create the TH sound.  Again, don’t allow a break between T and TH.

So why have we been speaking of “the th sounds” in plural?  Did you know there are 2 distinct th sounds: voiceless & voiced?

The soft th, which looks like /θ/ in the phonetic alphabet, is called voiceless because it doesn’t produce a vibration from your vocal chords – it involves only passing air through your teeth

If you speak Spanish, you may find the example of Spain’s “theta” sound helpful.

Let’s try a voiceless th combination:  Thanks for nothing, Heath!

The “hard” th, whose phonetic symbol is /ð/, is the voiced.  You should keep that same mouth position as the “soft th,” but now use your vocal cords to produce a sound that vibrates at the tip of your tongue and the front teeth.  You want to use a bit more tension in your tongue muscle for this sound.

Now let’s try the voiced th combination:  This, that and the other!

Check out this video to hear these two sounds explained and distinguished.

How do we know if the TH is voiced or voiceless?

There are 5 rules that should help you determine whether a th should be voiced or voiceless.

Do you need some feedback to determine if you’re on the right track? To learn more about English pronunciation and practice it in conversation, join SpeakUp, a dynamic program that engages you in authentic conversations on relevant topics and provides you with feedback from a professional and experienced English teacher.  The first week is free for you to try it out! 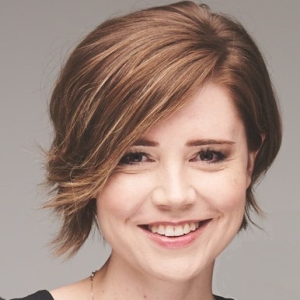