Vowels are sounds produced by the vocal cords that do not have friction, and they are the core sound of a syllable. The five letters used to write vowels are: A E I O U.  In this article we’ll talk about two categories of vowels: short vowels and long vowels, other vowels. To learn about other vowels, check out this article.

What are vowel sounds?

Vowel sounds are the distinct sounds that make the central part of a syllable sound in English.

Surprisingly enough, the 5 letters (A, E, I, O, U) can be used to create 15 different vowel sounds in North American English.

Usually, these are divided into three categories: long vowels, short vowels and other vowels. The names ‘long’ and ‘short’ misleadingly have nothing to do with the actual duration of these vowels.

How do I know how to pronounce vowels?

Because there are so many different vowel sounds in English, it is a good idea to consult a dictionary to find out how the vowels in a particular word are pronounced. In order to make sense of the notation, it is helpful to learn some basic phonetics. We will cover some of those in this presentation.

Certain online dictionaries and dictionary apps allow you to listen to the sound while reading the phonetic notation.

What are short vowels?

There are 5 short vowels in North American English. None of these are two-sound vowels (diphthongs); all are one-sound vowels (monophthongs). Note that certain vowel sounds can be spelled using different vowels.

Can you spot the sound that is not a short vowel?:

What are long vowels?

When you pronounce the five vowels in the way you spell or when you sing the ABC Song, you use long vowels. In a dictionary you will find their phonetic notation. Note that the phonetic notation of the long a, e, and i especially may not be intuitive:

Only the long vowel E /i/ is pronounced as a one-sound vowel (monophthong).

All other 4 long vowels are pronounced as two-sound vowels (diphthongs):

What is the CVC pattern?

Consonant-vowel-consonant, it is usually pronounced with a short vowel sound.

What is the CVCe pattern?

The CVCe pattern is when a four-letter word contains the sequence of consonant-vowel-consonant + e. It is usually pronounced with a long vowel sound.

To learn more about English pronunciation and practice it in conversation, join SpeakUp, a dynamic program that engages you in authentic conversations on relevant topics and provides you with feedback from a professional and experienced English teacher.  The first week is free for you to try it out! 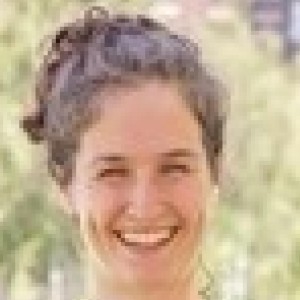