What to Bring to Your MAT Exam 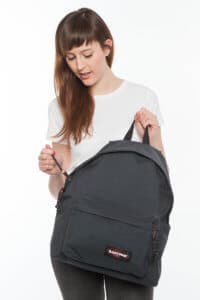 There are a few important things that you must bring to your MAT exam; without them, you will not be able to sit for the test, and you will have to reschedule. Be careful in going over the following:

What to bring to the MAT

Acceptable primary forms of ID (government-issued with photograph and signature) include:

Acceptable secondary forms of ID (photograph and signature not required) include:

You may also bring a piece of paper with the names and addresses of the schools you want your scores sent to; the testing center staff will inspect this, so make sure it has only the addresses written on it.

While taking the MAT, you are not allowed to have anything with you during testing. If you violate the policy in any way, your scores will likely be canceled (and it is unlikely you will receive a refund).

You cannot have any reference materials or electronic devices with you while you are taking the MAT, including:

To clarify, you can bring such items to test centers with lockers or other storage, but not in the actual testing room.

It helps to print out this list, at least to know what you should bring, so that you can check things off.

Bertrand is a remote tutor and a MAT blogger for Magoosh. He received a B.A. from Fairleigh Dickinson University and studied education theory at Rutgers Graduate School of Education. He has been studying and working in education since 2010. Born and raised in New Jersey, he now resides in Philadelphia. When he isn’t helping students study or writing blogs for Magoosh, he spends his time practicing mixed martial arts and reading as much as his schedule permits.