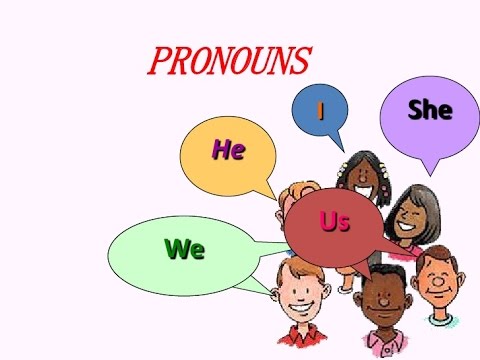 Oh, pronouns. They are so simple, and yet can be so tricky, especially pronouns on the SAT. Even if you haven’t had a grammar lesson in years, you probably remember what a pronoun is, but just in case, let’s refresh.

Pronouns replace nouns in our writing and help us avoid repetition of the same nouns over and over. Nouns themselves are versatile and can be used in different ways. As a result, there are many types of pronouns, each with its own purpose.

These are the classic pronouns.  Of all the types, they appear the most in our speech and writing and are the ones most often used incorrectly.

Subjective pronouns replace nouns that are the subjects of their sentences: I, We, You, It, He, She, They, Who, Whoever

Objective pronouns replace the objects of sentences, which are the nouns that are being acted upon instead of doing something themselves: Me, Us, You, It, Him, Her, Them, Whom, Whomever

Example 1: Tim and I ate chicken noodle soup for lunch.

Example 2: The artist painted a portrait of my dog and me.

Notice that “you” and “it” work as both subjective and objective pronouns.

Possessive Pronouns on the SAT

These pronouns are used when the noun they represent owns something.

Some only appear directly before the item they possess: My, Her, Your, Their, Its

Others can be used without clarification of what they possess: Mine, Hers, Yours, Theirs, His

Example 3: Her dress has a large stain on its front.

Example 4: That book is hers.

Note that, unlike possessive nouns, possessive pronouns do not require apostrophes.

Relative Pronouns on the SAT

These are special pronouns that are used to introduce relative clauses, which relate nouns to ideas within sentences.

Some are reserved for use with people or personified things/animals: Who, Whom, Whoever, Whomever

Others can be applied to all nouns: That, Which, Whichever

Example 5: Mercedes, who has been studying history, will teach the class.

Example 6: The man who is standing by the river looks sad.

In example 5, the fact that Mercedes has been studying history is nice to know but doesn’t matter to the core fact that she is teaching the class. In example 6, however, removing the clause “who is standing by the river” would create some confusion about what man the sentence refers to.

A solid grasp of subjective, objective, and possessive pronouns is essential for students who want to do well on the SAT Writing. Relative pronouns appear less often, but understanding them will set you up for success, no matter what type of pronouns the test throws at you.