The following is a set of four GMAT Integrated Reasoning MSR questions.   There are two information cards in this question.  You are allowed to use a calculator.  For the set of four, give yourself 10 minutes. 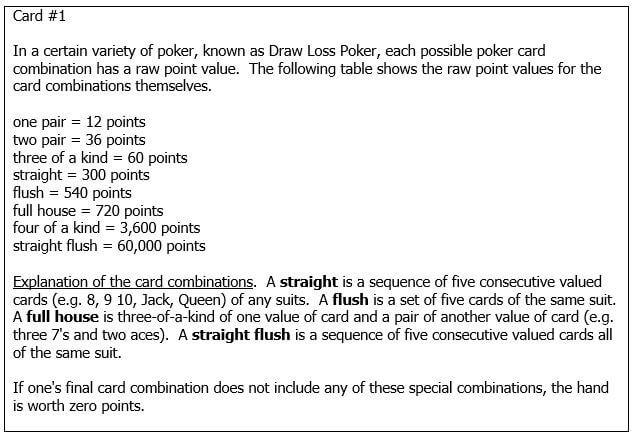 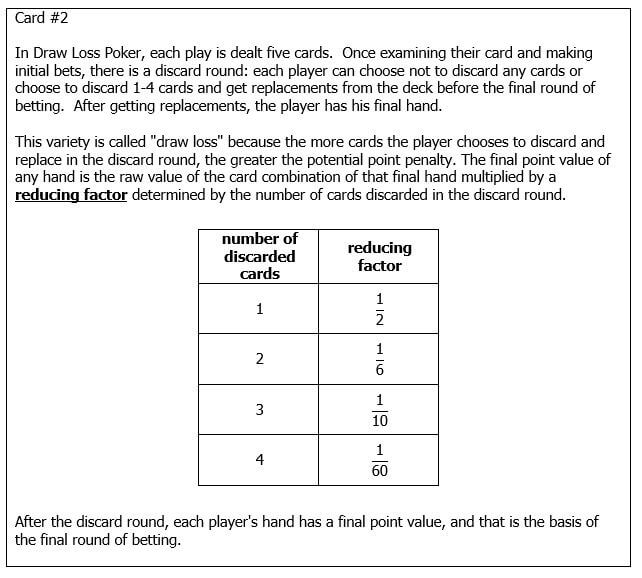 3. Player G received the following cards on the initial five-card draw: 2 of Clubs, 5 of Diamonds, 8 of Hearts, 8 of Spades, and King of Diamonds.  Player G will choose to discard exactly two cards, the 2 of Clubs and 5 of Diamonds.  Over all possible hands that could result, what is the range of the possible point values of Player G’s final hand?

4. Suppose player S draws a straight on the first five-card draw and choose not to discard any cards.  Player T initially draws the following five cards: 4 of Diamonds, 4 of Hearts, 6 of Hearts, 7 of Hearts, 7 of Clubs.  Which of Player T’s discard choices and final results will outscore Player S? Full House = A does not outscore B

Four-of-a-kind = A does not outscore B

It wasn’t relevant in any of these scenarios, but notice the exact wording — if A and B were tied, the answer would be “A does not outscore B.”

(C) is the only hand & discard combination that is in the required range.